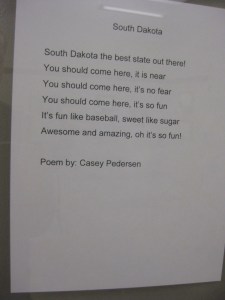 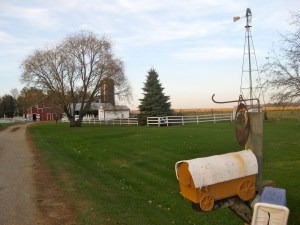 I began writing this as I just returned from drinks in a bar, in middle of day on Saturday. We went to a street parade this morning, which simply was like a shot out of a movie. Cheerleaders.. marching bands.. fire trucks. Cub Scouts. Political groups cheering.. oh the bliss of seeing it really reflected. One big stereotype! I went to a subway, simply because I felt ill from some kind of drinking and wanted something with at least some guaranteed vegetables. I requested a turkey sub. When it came to the salad section, I requested capsicum.

The people are great. So friendly and havent actually come across anyone mean except an air hostess. But she was old.. Though I dont think many people have met an Australian in this area. They just want me to keep talking and ask questions about life for me. Do I have McDonalds and do I shoot Kangaroos (as mentioned previously).

I had a random guy on Saturday put his arm around me in a packed biker bar (yep, biker) and say “Do you feel safe now?” I had nothing to say to that, it was all kind of odd. I managed to shake out of his grip but he grabbed me again and brought me close into this buddies. Awkward. I broke free and we left.

Had a chat with a friend of a friend, slightly tipsy.. walking through Brookings, about the Dont Ask Dont Tell Policy. Little did I realise she was IN the army and also PRO Dont Ask Dont Tell. Wow, what a chat. Then she disappeared, whether she was lost me or if she was uncomfortable with the chat. Probably the first.

Tigh’s friend Carla held a dinner party on Sunday night and I had a lot of firsts that night. Pheasant (wrapped in bacon) which Tigh JUST told me as I wrote this that his mom shot last weekend. Awesome. Then I had proper Mac and Cheese, and also and not least, Pumpkin Pie. All were great! Though the others at the table found it kinda amusing.

Some of the time has been spent with Tigh playing Super Mario World 2 and me sitting on his bed slightly watching, sometimes I can play Player 2 but it is more designed for Nerd’s gfs who hover the Wii remote over stars to collect them, thats pretty much all player 2 can do while player 1 saves the Princess and stuff. Enough of talk about Nintendo. Though does anyone else hate Princess Peach in Mario Kart?? 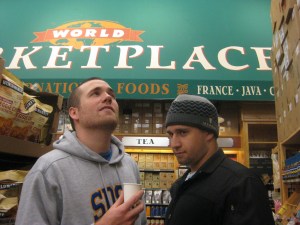 I fly to NYC tomorrow morning, so will have to say bye to Tigh then. He plans to move to Sydney in January, and who knows? I just enjoyed the moment and hanging out here, he is a special fella and has been for two years in my life, and plan on having him in my life, to whatever extent in the future.

So NYC tomorrow, staying in tourist central, so lets see how that goes. Yellow Cabs and some kind of tall buildings around the place.