I walked to my car last night in the cold. I reached my car and in the streetlight I saw that my car had a large rat on top of it, dead, inside a rat trap. I looked at it, picked up the trap and threw it onto the grass of the footpath. I then got in my car and drove away. It wasnt until later that I thought about how odd that was, that there was a rat trap with a dead rat in it.. on my car at 6pm on a Thursday night, in a residential street. I could look to it and go, hmm random prank by school kid, deliberate prank against me by a mastermind or somehow the rat dragged the trap to the car, up onto the car, laid his head down and decided that was the right time and moment to take his own life. Then I totally forgot about it then told everyone at work around the food court at lunch today and their reactions of disgust and amazement made me realise just how odd it was. The mystery.. shall never be solved.

I was driving this morning and remember I I told myself at 21 that if I had to be married by 30, otherwise I would not be living life and running from it instead. What on earth was going through that 21 year old brain. OK so I still have 4 years. Do I still want to get married and would that even be possible by the time I am 30? Will marriage be legal and does it even have to be if its about making a public commitment to a partner? Oh the questions. Friday mornings I shall declare non thinking mornings I reckon.

Though in regards to concepts of partners, I think I wonder if I am slightly mental. The concept is nice but when it gets more likely and there is potential I freak out a little. Why… I think it is because walls have to go down and trust has to build up. An even balance.. Keep working on it I guess.

Spent the day in the park with my siblings, and my niece and nephew. Neice is old enough to walk around and interact with other 2 year olds and its just so interesting to observe social interactions of that age. Its instant like or dislike. It seems to go like this:

Hey come and sit in this playhouse with me and we can pull faces at the two kids through the hole or hey I dont like you and I will shrivel up my face to prove this. Then go have a chocolate shake and then off to watch the wiggles in the living room.

Is it wrong that me and Chem sat and watched people ice skating around a rink the other day just so we could watch people fall over? Nah.

I bought a pair of Clark leather shoes in LA and they are nifty. Pretty daring for me cause you know, you wanna have that edginess with fashion and stuff but then you wanna feel slightly safe. Cause if you just look like a knob wearing glasses that look like you stole them from Dorris at the Nursing home (no idea why you would be at the nursing home stealing glasses) then you just miss the point. So the shoes are nice and comfy but whether I have morals against the fact they were from a thrifty shop and therefore worn already by someone else, that isnt me, and so is that health regulated wrongness? Hm nah… I am sure they washed it out with the tap.

So LA… Spread out, slightly glitzy, slightly ugly and dirty, food was gross and the people were in your face. But I found it fascinating and would go again simply to people watch. Is that a religion… to people watch? I guess you arent worshiping the people but the act of watching. So necessarly not.

Some of the highlights were being in between two cabbies who were fighting and shouting abuse at each other for about 5 minutes and still undecided if they were kidding or not. One was accused of being a monkey, twice. Another highlight was seeing our photoshoot come together and work and look amazing. Once it was in the can, I could relax.

Went to Universal studios and discovered I really hate scary themed attractions. I clung onto Kiah and Tim’s back through a haunted house, but mainly cause I have a phobia of live actors jumping out at you. Maybe it linked to brothers doing a similar thing while growing up. Though was a fun day and was their busiest day of the year though we were wanky and had VIP badges and cut through all queues. Cant imagine it would be a fun day if you had to queue.

You know when people ask you how a trip was and what did you do… and you are blank. I think cause those memories and moments were just for you and no point relaying them. You will remember then when you want to and need to. Not just to fill in a conversation.

A lot of closure currently still.. with Tigh saying bye the other day, which is sad but I guess needs to happen. And a few other chapters opening up, one starting and one a bit of a preview, not talking about any specifics but just new friends and opportunities. Like for anyone. So go keep living life people.

and this writing is great. 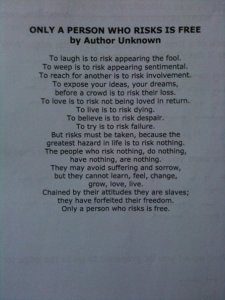 Wow. So it came and went. As predicted.

Landed in LA and it was pouring. We found the shuttle bus to the Avis car hire and then convinced Nevan to drive as there was no way in hell I wanted to. This began the four days of intensity and fun and craziness that was Los Angeles and the aussieBum crew’s visit. But right now I am slightly tipsy and couldnt be stuffed explaining what we did exactly, so will wait til the weekend.