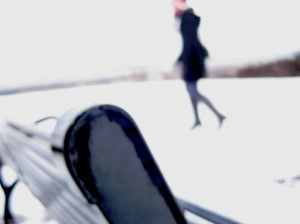 I swear I am the king of procrastination. I fear it and I live it.
My UK trip came and went and it was simply, right. From the moment I landed I was back in a place where I somehow connected with back in 2005 and instantly found my playground and world where I could be anyone and meet new people and have a new life. When I landed there a few weeks ago, I felt that sense again and I think it never grows old. Well, my young age tells me that, but I am sure it probably does.
I met people I was meant to meet, I saw people I already knew and also had closure to other situations. Didnt expect it to be as important as it was and I left feeling gutted, simply because when you have lived in two places in the world, a piece of you will always be in both and it will remain that way.
I could sit here and write amusing anecdotes about my trip, and treat this entry like a travel journal, but I wont. I got those memories and photos, and have already talked about the trip to a few mates, so its out of my system.
Though I saw a lady yesterday, walking through the Domain yesterday, midde aged, lost and had rainbow coloured socks. She just kept walking to a place in the grass, standing there, then going to another, then moving again. Restless, and like some chickens, people can be restless too. Speaking of chickens, Denis, my pet chicken died. Sad moment but alas, it happens and she lived 8 years and starred in a youtube video, and not many chickens get to do that, but I guess more and more do, in this era. So RIP Denise.
Back to closure, me and my friend Heather accepted we were going different ways a lot and learning to have a new kind of friendship where we wont rely on each other as such, because it never really allowed someone else to be that person for us. I know for myself it ruined a past relationship for me. And so now I feel quite free, that a major reason like that, which held me back, makes future look promising.
I am back in Sydney and its bloody hot, and I do love this place and the laid back yet also fickle people here (they exist everywhere, for those who think Australia is some dreamy visually stunning place with beer drinkers, full stop). And will always see this as my home, but I am not giving up on UK and life there, I will be back there one day, and like a mate said today, “you are so impatient Lloyd, do your time and make the most of here”. Which is very true.
A cockroach just twitched on my floor, didnt really put up the notice to them yesterday about the insect bomb I launched yesterday, oh but now they wish I did. Oh, that joke now made me feel a bit of remorse.
Work is tough simply because its post holiday period and also was a reason why I burnt out at end of last year, but with new focus I am sure it will be fine. 2010 is another decade of ramble and hope.