Stand Close to Poles at Concerts.

I have worked out a system. This system involves getting to a standing room only gig and finding a pole, pillar or really tall vending machine (though the vending machines arent usually located that commonly in front of the stage). The reason behind this is, it prevents most of the annoying issues with other people at live gigs.
1) People trying to push ahead of you. They cannot, as a pole doesnt move (Unless it does move).

2) For those moments where the best song comes on and you want a better view, you can go on tip toe and lean your heels against the pole for support.

3) If you want to take a great unblurry photo with longer exposure, you can lean your camera against the pole.

4) Great spot to tell friends where you are at (I am next to the pole).

5) You can stick a “I love you” sign to the pole for the Artist to see.

6) You can attach spikes to the pole, and climb them, being able to see more than just hipster guy’s smelly hat in front of you. Wear undies though.

7) You can dress the pole up, if you are going to the gig alone. People will then not think you are alone.

8) Further to the dressing up of the pole, you can attach speakers and a playback device of you and the pole singing the band’s biggest hits.

9) Depending on the width of the pole, explain the heritage of where it came from to those around you.

10) There is a natural inclination to avoid poles, so less crowded.

Thats the system, and I stick to it.

Thankfully last night I went to a gig with friends. And I found the pole and used it for many of the above reasons. The gig was Cosmo Jarvis at The Corner Hotel in Richmond. It was a last minute decision, as I thought he had already finished touring. He is a special artist to myself and my fella, as two of his songs have strong happy memories for us. The first one being when he cheered me up by performing the Gay Pirates Song over Skype, when my flight had been cancelled on the way to visit me. It was one of those moments where I knew he was bloody fantastic.

The other song is more recent, with the words Cosmo performs, is about talking directly to God. Questioning and venting where he is at and how he feels. Naturally I relate to a lot of it. So much uncertainty and so much past pain, where the simplicity of who “God” is, never seemed to be there.

Cosmo also may just be a tad cute. My mate Dale may have become one of those crazy obsessed fans last night, adding his surname to Cosmo’s. 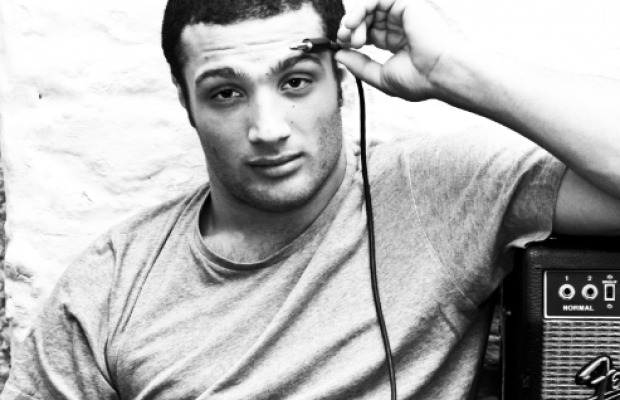