If everyone called the operator… And asked where the Milkman was.

No numbers, just simple picking up the receiver and asking the operator to connect you to the baker. Or the lobby of the Ritz Hotel. You know, the usual places you would want to call. I don’t know why I had this thought, or what if we still had the milkman, actually why cant we still have milkmen?? I used to love getting the glass bottles as a kid and pretending they were my pet milk bottles. Technology has not been updated that much that we can now just have milk appear in our fridge. We still have to stroll down the road. Let me Google this..  Oh OK, its actually more about distribution costs and the competition. I thought I was onto something there. Well I did find an image that I would say is slightly on the edges of propaganda (I use the word propaganda as much as I can, it sounds like I am in an arms crisis debate).

So I was flicking through my gym’s free magazine (notice the word free, which is the reason why I took it) and it listed a recipe for “Healthy Strawberry Ice Cream”. I was suspect from the beginning but decided to watch myself play the incident out and see how I went making it. I bought a tonne of strawberries, blended them up with the other ingredients (including strawberry jelly?) then placed it in the freezer. I opened up the container the next day and saw it all pink and cold, ready for me to enjoy: 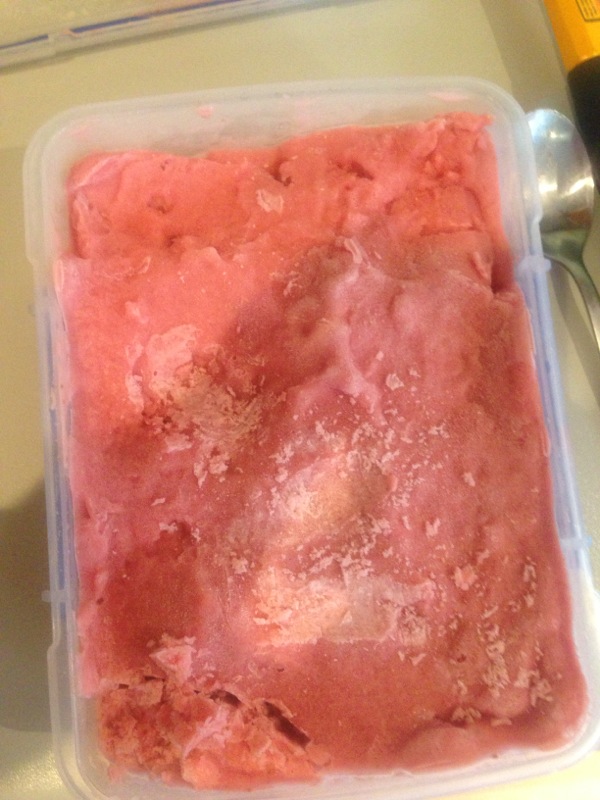 Though the thing that really lacked in this scenario, was the ability to scoop it. It was frozen solid, like a giant ice cube. So naturally I went for a hammer and a screwdriver:

Still this really resulted in small icy chunks of strawberry, enough to fill my spoon. I was slightly satisfied and thanked the strawberries for growing and arriving in the supermarket and letting me try this experiment. 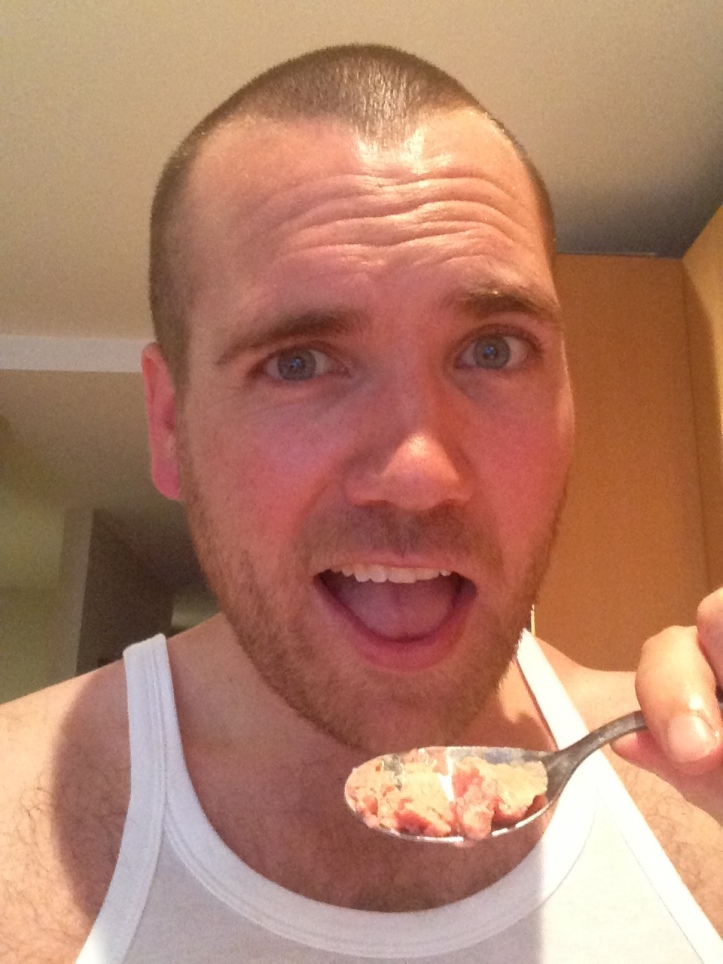