All Good Things Come to an End

It is a few weeks overdue, but the last of my Melbourne Food and Wine Festival/Bank of Melbourne Prizes is over.

The finale was a full day of Master Classes, during 2013’s Melbourne Food and Wine Festival. And in summary, I would PAY to do this again next year.

I am the type to shake my head at all those cooking reality shows, and I still will do so, but I think I have had a natural interest in cooking since I was a kid. I made up recipes and loosely followed other recipes on a Sunday afternoon, and then Mum would clean it up. (I will mention this was not something you volunteered to do, but I was just simply terrible at cleaning up). So back to the point, I thoroughly appreciated, especially Dan Lepard’s session on baking. There were four sessions all up and early on in the day when food samples came around I may have slipped an extra few than others. But I had no idea it would pretty much be constant food everywhere for the entire day. 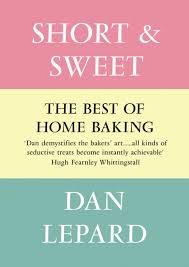 So I say goodbye to the awesome experience that was this year of prizes and was so damn lucky to have won it. So the lesson, enter those random competitions you see. You never know when you will win, especially if you always tell everyone “I never win anything”.