So my new nephew was born about 5 mins after I clicked send on the last post, so Australia day. Though do I really want to do two posts on one day. Naturally no. So its going up now.

Drove to the hospital, hadnt been there in years (which is a good thing if you think about it, no random babies to see or no sad reason to be there) and this was the hospital me and my siblings were all born in. Though it had a renovation, well maybe more than that, since they knocked it all down and started again. They actually were selling the bricks from the old hospital JUST in case there were people, like me, who actually wanted a piece of the old hospital to signify I have some building material of the building I was born in. No I never did purchase any, mainly cause I was concerned I would end up with a brick from the psychology ward and not the actual birthing suite area.
So after trying to find the entrance for a while and being trapped at some dead end called “Gumnut playhouse” I turned around, found the entrance and then finally found the birthing suite. Had to press a buzzer and say my sister in law’s name. Felt like prison… but then it didnt cause there were no bars and lots of baby photos stuck around the place, from mothers who thought the hospital cared what their baby looked like now. Because, only probably 50-100 babies are born there each week and all…
We waited for a while until she was ready and then we all piled into the room. My brother was there looking a bit shell shocked, in a good way (though I am sure there was no good definition of that from the original war mental health syndrome) but looking really happy at same time. The little fella was all bundled up in his clear tank thing and there was no way he was moving anywhere. They have not come up with a name for him yet, which I think is kinda cool. Cause names are such a thing where, they stick with you for life and coming up with a name before you are born is a bit odd.. a few days of being nameless is kind of a space to allow a name to come to the parents. So still waiting on that..
Was my turn to hold him, and he was pretty light and secure. Though he started slightly crying after a while and there is that bloke panic inside of you going, shit I have to find someone to give this to so the crying isnt connected with me. But noone wanted him and thought it was amusing I was stuck with crying baby. But then I gently rocked him and he stopped, yeah go me
Nice afternoon in the end, good end to Australia day and seeing my family all around a new member.
I need to buy groceries.
And this is a storm cloud coming over the other day. Was pretty beautiful. 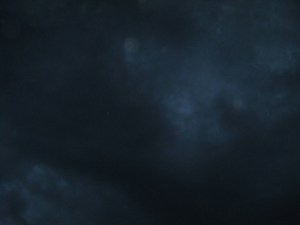