The last week has been 2 degrees at night. This is Australia, not London. OK now that I have vented that I can also justify how lame I am that I have an electric blanket. It cures the cold really. Until its time to get up at 6am and go for a run.

The hill near my house is where I go for a run. When I leave to go there its dark so the first time I run up the hill there are other dark objects there too, they are other humans and canines. Then the sun begins to rise and the shapes get lighter and they dont all seem like criminals anymore but old ladies with their foo foo dogs.

The view up the top is just simply worth seeing. Probably more from the perspective of me who grew up in Sydney and from this hill you can see every part of Sydney, even the pretty airport..

I visited my family home last weekend and finally lugged some more of my possessions back to my home. In it was my coke bottle collection which naturally everyone has and realised I have nowhere to put it let alone display… into storage it goes. Along with all my written diaries I wrote in the space of 2003-2006. It is quite haunting to read them. They are written to God as such and how I felt. There is so much guilt and apologies in there, cause of how trapped and lost I felt, I couldn’t even write the word gay in there, in case someone read it, but just kept begging God to change me and for me not to give up. I am simply so thankful I was given the path to get out of that mind. Though also makes me sad thinking of hw many people are still out there feeling that. I believe God never wants people to feel this guilt and hopelessness about who they are.

Holidays.. I want to decide where to go. I could go to London again and spend some time there for two to three weeks. Or go somewhere like NYC. Though both are expensive but full of possible adventures. Or the other thought would be to just stay here and do something local.

Sometimes I still censor things on here because of the worry certain people read it and dont want to offend or hurt them. I guess that is understandable, but then there is so much going on that I cant even begin to say and it looks like all I have to say is stuff about running up hills and coke bottle collections.

I also got my piano back in the house. Play Lloyd, Play. 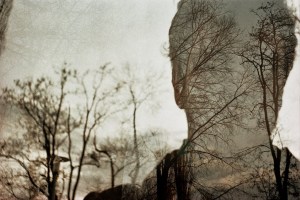