If I was to look back on stories in the last year or so, many of them happen on a Melbourne Tram. I live in Melbourne and I catch trams regularly, so this opening sentence really should not be a surprise to me. Maybe to you, but definitely not me.

A middle aged man, who looked like he may live quite rough (there are quite a few in the area I work in) stepped onto the tram. The touch on point for the Melbourne Myki card system was at the entry. He did not have a Myki card and so did not pay, though he pushed a pretend button and stooped in close to the machine. He then spoke into it saying, “teleportation complete”, and sat down on a nearby seat. He seemed quite happy with himself, his mission obviously over.

A little boy, probably 4 years old, gets on every morning, insisting on sitting on the same orange seat. He gets on with his grandmother who is a typical Aussie grandmother. A mixture of cranky and laughter. Some days she laughs at him asking a stranger to get off his seat, other days she drags him down the other end of the tram. 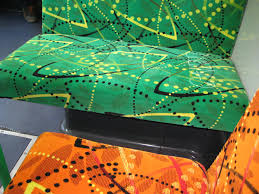 An older lady stepped up into the tram but failed to get inside. So I offered my assistance, and helped her up. The older trams are quite the battle for elderly people. Little did I realise that this was not an older lady, but a woman in her 40s who had been obviously drinking all night, who began shouting at everyone. Yep, thank me later everyone.  I do have to say you rarely see older ladies like below.

I sat on a tram once (yes there is a tram theme in this post), and I started to hear One Direction blaring out quite close. I looked at the guy beside me, who was looking back at me. Then it hit me, my phone was on loudspeaker and blaring out the pop hit. I.HAVE.NO.IDEA.HOW.THIS.EVEN.HAPPENED. But I acted casually.